Lefkada is one of the Ionian Islands. With an area of 302.5 square meters and 23,000 inhabitants, it is the 4th largest island in the Ionian Sea and is located between Corfu and Kefallonia. Lefkada benefits from easy access as it is connected with the mainland by a floating bridge.

The island’s climate is mild, with long spells of sunshine throughout the year, mild winters and warm but pleasant summers due to the cooling breeze. Lefkada’s coastline is comprised of impressive beaches, peninsulas, capes, coves that make magnificent natural ports towards the east as well as the south side of the island. The west part of the island has steep cliffs that extend down to unique long and sandy beaches. It is said that the island owes its name to its white cliffs in the south part of the island and especially the cape of Lefkatas.

Small picturesque villages distributed over the whole island still demonstrate the deep tradition of Lefkada. Some especially famous products of the island are its olive oil, honey, wine, lentils, salami, and pasteli. 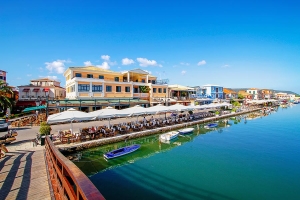 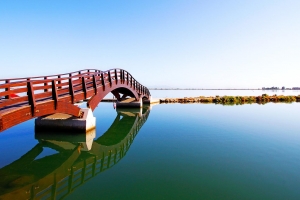 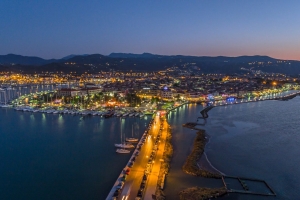 The myth about Sappho’s suicide at Cape Lefkada is related to other myths linking the island to the ancient Greek goddess of love, Aphrodite, and to Odysseus, the hero of Homer’s Odyssey. The German archaeologist Wilhelm Dörpfeld, having performed excavations at various locations of Lefkada, was able to obtain funding to do work on the island by suggesting that Lefkada was Homer’s Ithaca, and the palace of Odysseus was located west of Nydri on the south coast of Lefkada. There have been suggestions by local tourism officials that several passages in the Odyssey point to Lefkada as a possible model for Homeric Ithaca. The most notable of these passages pushed by the local tourism board describes Ithaca as an island reachable on foot, which was the case for Lefkada since it is not really an island, that it was connected to the mainland by a narrow causeway. According to Strabo, the coast of Acarnania was called Leucas in earlier times. The ancient sources call Leucas a Corinthian colony, perhaps with a Corcyraen participation.During the Peloponnesian War Leucas joined the Spartan Confederation.

Lefkada was part of the Despotate of Epirus until 1295 when it passed from Despot Nikephoros I to his son-in-law John Orsini. The Castle of Santa Maura, which eventually gave its name to the island, was first built in the beginning of the 14th century; the possession of the castle was key to holding the island. The Orsini family lost Lefkada in 1331, to the Angevins. In 1343, Walter of Brienne granted Lefkada and the Santa Maura castle to Venetian Graziano Giorgio. Between 1343 and 1348, Serbian ruler Stefan Dušan invaded Albania, Epirus and Thessaly, conquering all except for Vonitsa and Santa Maura. In 1362, Leonardo I Tocco seized Lefkada and Vonitsa. In 1479, the Ottomans took Lefkada, and rebuilt the castle on a large scale (the core of the castle being Ottoman). 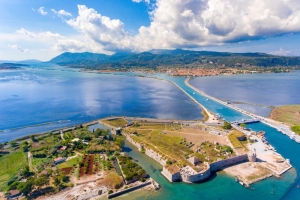 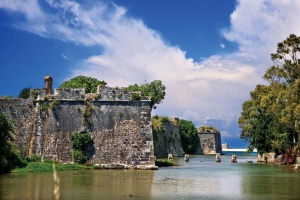 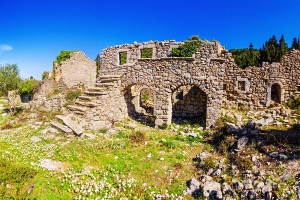 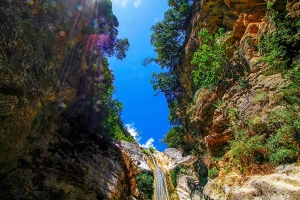 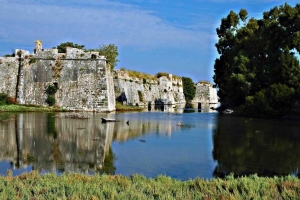 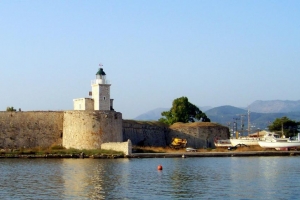 The Venetians briefly held Lefkada between 1500 and 1503, during the Ottoman-Venetian War, after which it was returned to Ottoman rule by peace treaty. Ottoman rule was interrupted by Venice in 1684, with the Ottomans surrendering it after a 16-day siege, and was thus again part of the Ionian Islands under Venetian rule.

The Ottomans called it Ayamavra, from Greek Agia Maura (Αγία Μαύρα meaning “Santa Maura”), and ruled it between 1479–1502, 1504–1684 and 1715-1716. The Venetians extensively modified the castle in the early 18th century, and the British also made some modification in the 19th century.

In 1800, the Septinsular Republic was established, a Russian protectorate under de jure Ottoman suzerainty. The Russian Empire employed troops recruited from fugitive klephts and armatoloi in the Ionian Islands, particularly of Lefkada. Among these were captains Anastasios Tselios and Apostolos Levendakis, the latter who already in 1802 offered to raise a company of 60 fighters on Lefkada to support the Russians. In 1815, Great Britain set up the United States of the Ionian Islands as a protectorate which lasted until 1864, when the islands were ceded to Greece. One of the seven island states was Lefkada.

Lefkada is an island with a wide spiritual tradition. Its geographical position – like all the others islands of Ionian Sea – obtained a closer relationship with the West, in the years where all Continental Greece had been experiencing the spiritual Middle Age of Turkish Domination.

The temperamental Heptanisian culture and the unique feature of the island, full of “breath of the sea, breath of the pine trees” gave to Lefkada the opportunity to give birth and nurture some of the most sensitive poetic souls. In this island, were born or were springs, eminent artists and scientists with Pan-Hellenic recognition and international appreciation and publicity. 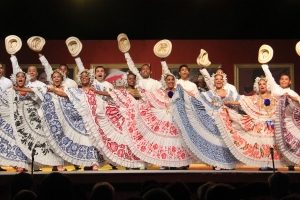 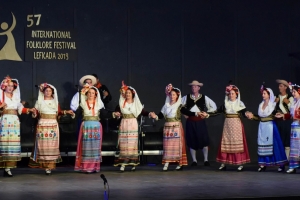 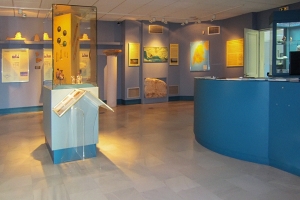 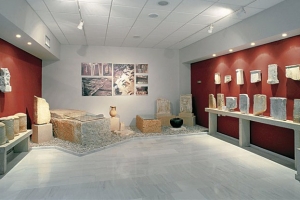 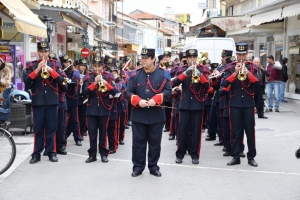 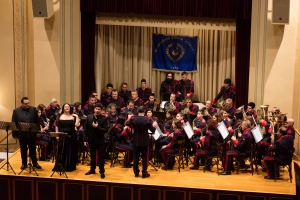 Ioannis Zampelios (1787-1856).
After his studies in Italy and in Paris (Law, Literature, Philosophy), he returns to Lefkada, appointed as a District Attorney of Ionian islands. He joins the Filiki Eteria and becomes devoted to its holy Aim. He is widely appreciated as the eminent Filikos in Lefkada. He wrote 12 tragedies with a national content.

Lefkadios Hearn (1850 – 1904).
A great Lefkaditis artist migrated in Japan and made the land of the rising sun and its culture, well known to the West. He is famous as the national writer of Japan.

Spiridon Zampelios (1813-1881).
The son of Ioannis Zampelios. Historian writer, who tried to prove the unity of Byzantium, with his work “Byzantine studies” (1857). He was a distinguished novelist.

Aristotelis Valaoritis (1824-1879).
An eminent lyric. His poetry is full of love for his country, freedom and full of admiration for the fighters of 1821. For many years he represented Lefkada to the Ionian Parliament, where from the line of Radicals had been fighting for the Union.
When the dream came true, he became a member of the National Parliament.

Aggelos Sikelianos (1884-1952).
The inspirer of the Delfic Idea, a great Lyric poet-mystic with ecumenical vision, who succeeded with his poetry to combine the Ancient Hellenic and the Christian values, succeeding to move the feelings of all human kind.

Kreareti Dipla-Malamou.
Poet and novelist, the first woman who was awarded from the Academy of Athens.

Nikos Svoronos (1911-1989).
Byzantinologist and a great researcher of our modern history with a significant work, and international recognition.

Aristoxenos Skiadas (1932-1994).
A recognized professor of Classical Literature, a deputy rector in the University of Athens.

Nikos G. Katiforis (1903-1967).
Novelist, theatrical writer and a columnist of the newspaper Rizospastis, for many years

Travel to Lefkada Island
By car: The island is linked to the mainland by a floating bridge, hence no need to worry about ferry tickets.
Athens-Lefkada 380kms or about 4.30 hours drive / Salonica-Lefkada 420kms or about 5 hours drive
By airplane: International (charter) flights and domestic flights (Athens, Crete) to Preveza/Aktion airport, then bus or taxi to Lefkada Island (20kms)
By sea plane: Connection with other Ionian Islands.
By ferry: From Ithaca and Kefallonia.
By private boat: Services available at Vasiliki.

We use cookies to ensure that we give you the best experience on our website. If you continue to use this site we will assume that you are happy with it.AcceptRead More